The great Garda: Italy’s largest lake is certainly lesser known than Lago Maggiore and Como by North- American visitors, while for German guests…

Lake Garda is a glorious place and if you are an Italophile, we want to make sure you include this destination in your bucket list (as soon as it will be possible to travel again after the Covid crisis).

The great German writer J. W. Goethe was the first visitor of Lake Garda in 1786. At the very beginning of the Grand Tour age, he pioneered tourism on Lake Garda. He was curious about geology, history and lifestyle, eager and willing to immerse ecstatically in the places: a discerning traveler, as we would say today.

With the advent of the Industrial Revolution, a larger number of wealthy people started to travel for leisure, for having fun, for relaxation and also to show off their new social status! The first tourists ever!

Let’s take a look at the first published guidebooks about the area: in the 18th hundred guidebooks focused on the natural and aesthetic habitat that mirrored the interest of the authors for the landscape and scenery often compared to a mythical place.

In 19th century, instead, the most renowned guidebooks are no more novel-like descriptions of landscapes filled with naturalistic information. They rather pay attention to practical information on lodgings, restaurants and transportation, hotels and resorts, timetables of steamers and public transportation. They note where in Torbole it is possible to find a mail box or that hotels in Garda have “abundant running water” (!). We are informed that they have electric light in the rooms, lift and heating system and even a car parking or single parking box for cars.

In the 1877 guidebook  A Guide to the Eastern Alps by John Ball we find a lot of information about transportation by boat and steamer to reach the different resorts of the lake: Desenzano, Peschiera, Riva del Garda, Malcesine. Some good hotels are also listed: hotel Mayer in Desenzano and hotel Sole in Riva (both still existing). The Grand Hotel Gardone is listed as well, described in details such as its “100 rooms, the grand dining room, the library and the vast playground for children”: this hotel, established by the wealthy Austrian Luis Wimmer, was then a world- class hotel, starting- off a new trend of luxury holidays on lake Garda.

The entire holiday was spent on boats and indeed- now as before- the best “extra lusso” hotels and villas of this European high- end élite destination are viewable only from the water.

Request this tour
recommended for you

A tour for active people and for nature & mountain lovers 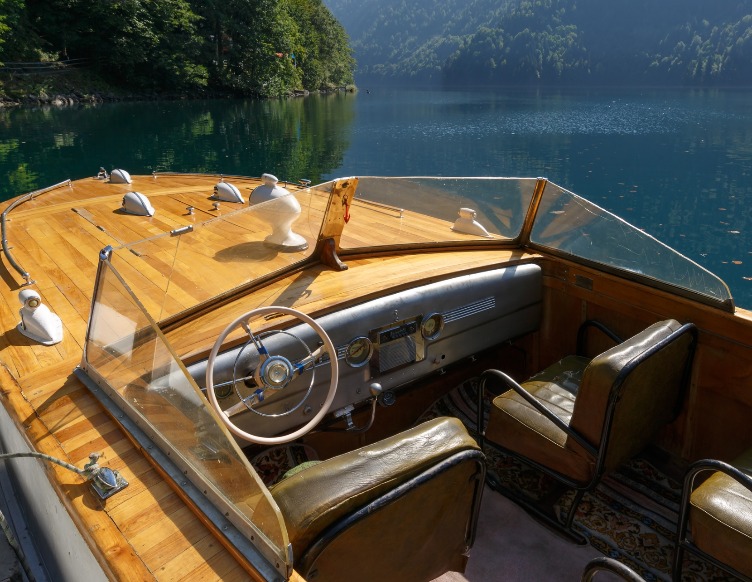 Italian style getaway like Italian families in the fifties!